Local Control of Tobacco Laws Under Attack in Idaho Senate

One tool that has been very impactful for prevention efforts is local control. States where marijuana legalization has been exacted it is local control that has done anything to limit the impacts that legal marijuana has on a community. Last year most states in the country changed their state laws to match the new federal law that you would have to be 21 years of age or older to buy tobacco products. Idaho decided not to pass their law last year leaving Idaho with the age limit of 18 years of age.

Now it seems that Idaho legislators have introduced legislation that will limit the authority given to city councils and other local elected officials to make decisions to reduce youth access to tobacco products. If Senate Bill 1285 were to pass, cities, counties, and other local governments would no longer be able to pass ordinances restricting tobacco retailers from marketing products attractive to youth, like e-cigarettes and other tobacco and nicotine products, in close proximity to schools, playgrounds, parks, and other areas where youth gather. It would also mean your community could no longer pass an ordinance to restrict the sale of flavored e-cigarettes, even if it was supported by a majority, to reduce the targeted marketing of these products to our kids. 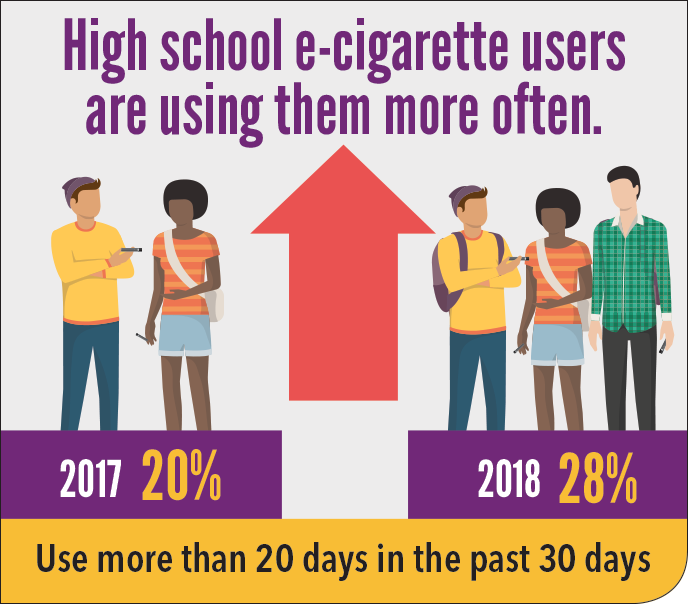 Vaping is the #1 substance our youth battle with and the folks at Drug and Alcohol Trends Education & Tall Cop show numerous ways that the tobacco and vape industry have developed products to help young people conceal their use of vape products.

SB 1285 will be heard on the floor of the State Senate to be voted on, as early as Tuesday, February 22nd. That is why we need your help now! We need people that care about reducing youth tobacco use to call their Senators and ask them to VOTE NO on SB 1285. Phone numbers are below as is language to use when you call, and of course your personal message is greatly appreciated! You can also use the Campaign for Tobacco Free Kids Action Alert [tobaccofreekids.org] to send a message to your Senator by email click here [tobaccofreekids.org].

Hi, My name is ______________. I am your constituent living in __________________. Please VOTE NO on Senate Bill 1285. SB 1285 explicitly prevents local governments from addressing the specific and unique needs of their own communities when regulating the sale of tobacco products or electronic smoking devices. Passing this bill will allow for e-cigarettes and other tobacco products to be directly marketed to youth near playgrounds, parks and schools with no ability for local elected officials to put any protections in place. Please help protect our kids and VOTE NO on SB 1285. Contact Information to call or email your Senator: (Click here if you need help determining your Legislative District) [legislature.idaho.gov] DistrictTitleFirst NameLast NameTownEmailStatehouse Phone (Only during session)

Next Article Help us to develop a 5-year strategic plan for prevention in Idaho!