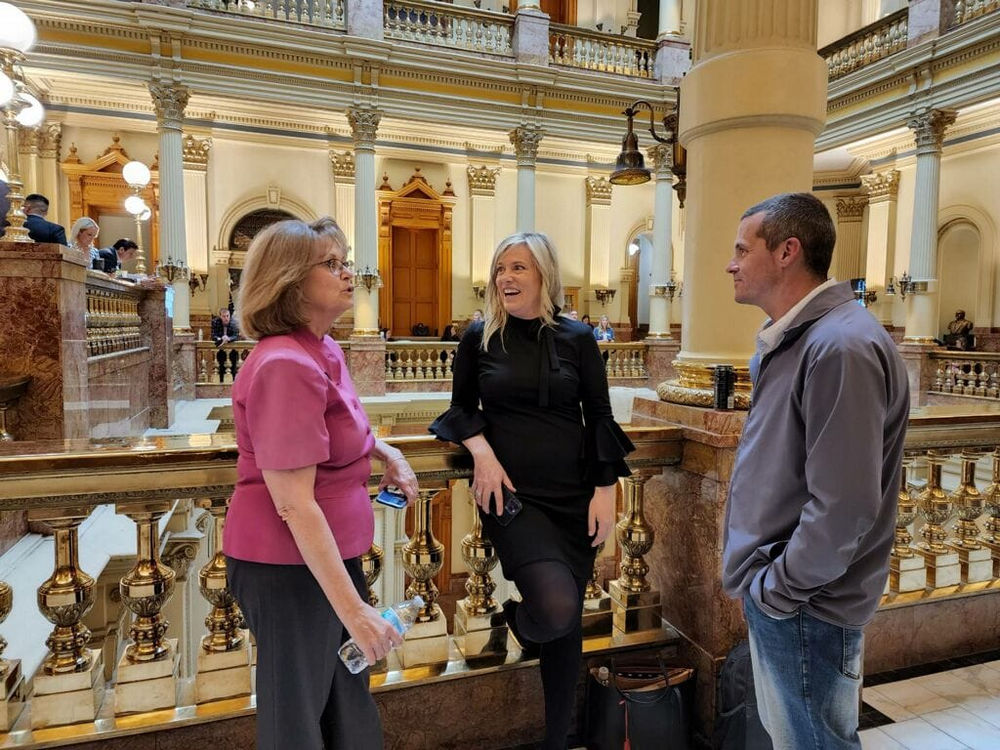 As the Senate debate (in Colorado) on the fentanyl bill begins Thursday, one man wants lawmakers to know what it's like to be on the streets, and why all possession needs to be dealt with in as strict terms as possible.

Marshall Weaver of Fort Collins spent 27 years addicted to heroin and meth, with some of the worst of it coming in the last three years.

From 2019 to 2021, Weaver said he racked up 17 felony charges, including possession with intent to distribute, motor vehicle theft and identity theft. He wasn't convicted on those charges, being released on bond each time. Last year, he accepted a deal for eight years in a halfway house, which helped him finally kick his drug habit for the first time in many years. On May 17, he will celebrate being clean for a year.

But he still has contacts on the street. Recently, Weaver visited a friend who he's known for many years. Another friend – who he also had known for a long time – showed up. That friend held up a bag of white powder: pure fentanyl was inside. He was trying to sell heroin and meth, and offered to mix the fentanyl with those other drugs, Weaver said.

What he saw is reality on the streets, he said, adding this is how drug dealers operate.

"It's a scoop out and just dump it in your heroin and mix it up, and then here you go. You don't know how much that is. It could be half fentanyl and half heroin," Weaver said. Fentanyl can also be sprinkled on marijuana, adding to the high, he said.

Then there's the pills.

"I've just seen a lot of friends overdose from just one pill that's definitely less than a gram," he said. 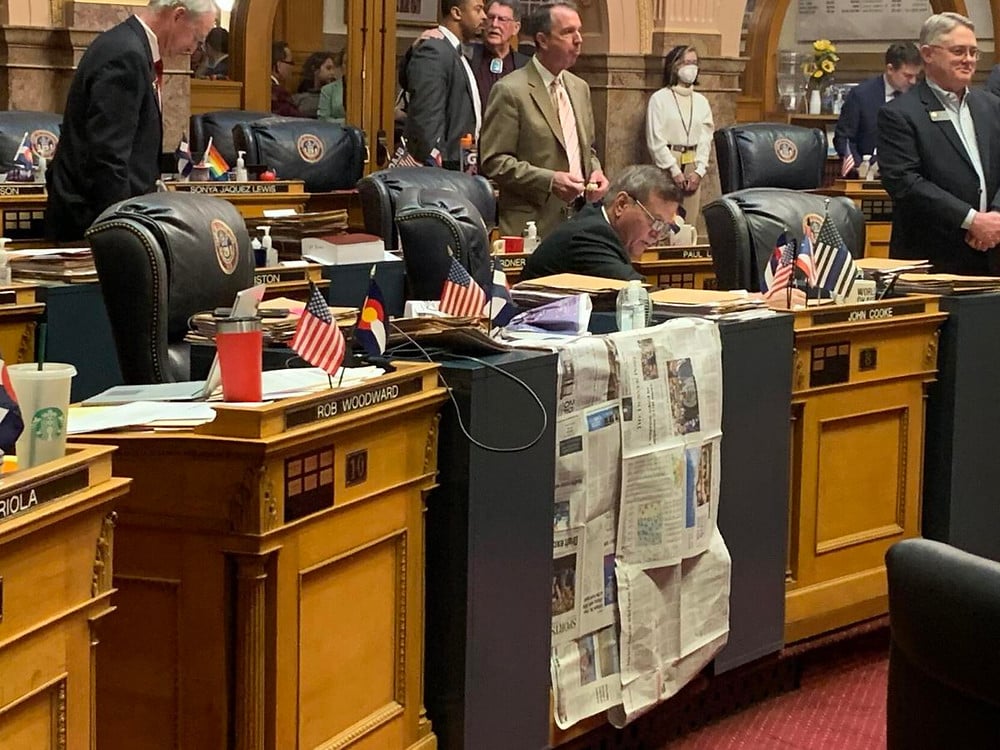 Weaver was at the Capitol Wednesday to plead with Senate lawmakers to amend House Bill 1326 to lower the felony threshold for simple possession of fentanyl to zero, a position that Colorado's law enforcement community is pursuing.

Weaver moved to Colorado in 2006 from Michigan, after the suicides of both parents. He was hoping the move would change his life, and it did, but not the way he intended, he said.

He quickly went from using drugs — heroin and meth were his drugs of choice — to selling them, he said, adding, that also included use and sale of fentanyl. Courts records show several drug-related charges, including intent to distribute a controlled substance, against a Marshall K. Weaver in Larimer County. The drug charges affirm the pattern of abuse Weaver described to Colorado Politics.

Weaver said he was more careful with both fentanyl's use and sale.

Fentanyl is different in the high, he said. People crave it more, and many prefer it to other drugs, such as heroin. He said he would not sell more than five pills to someone out of fear something bad would happen.

If he went to a dealer and asked for counterfeit oxycodone pills, Weaver said he "pretty much knew they had fentanyl."

When asked why he supports a zero tolerance approach to simple possession, Weaver said when he was selling heroin and meth in 2019, the General Assembly passed the law that made possession of less than 4 grams a misdemeanor.

"That's easy to go around. I just have to carry three and a half grams," he said, indicating drug dealers know how to get around those possession numbers.

"Everyone of my associates at the time knew the lesson was to carry less than four. If we need to take more than four, there's four people in the car, everyone carries four grams," he said.

Weaver added that if stopped, it's a misdemeanor, a slap on the wrist and "we're going home."

Going as low as 1 gram is not a deterrent, Weaver argued, adding the same rules would apply – everyone carries 1 gram, goes to a house and sells someone 4 grams.

"It's not going to be a deterrent for those who are in that lifestyle," he said, adding it doesn't take a gram to kill someone.

The other issue is just how much fentanyl is in a pill.

Weaver described it the same way law enforcement and the Colorado Bureau of Investigation does, saying it's impossible to know.

"You don't know if a guy has two grams of heroin" or how much of that is fentanyl, he said.

"People are dying left and right," he said.

Weaver said he has escaped his old life – he's been to prison five times, in a halfway house five times, and on probation for misdemeanor possession of heroin, most recently in 2019.

While out on probation he continued to get picked up on possession charges, all misdemeanors, which he described as "slaps on the wrist."

It was the 17 felonies he picked up between 2019 and 2021 that ultimately "helped me turn my life around," Weaver said.

He is now charting a new path forward. He wants to become a recovery coach and help people like him trapped in addiction.

"I did so much destruction in my life. I want to help people get their lives back together," Weaver said.

Previous Article Legal Marijuana Does Not Stop The Black Market