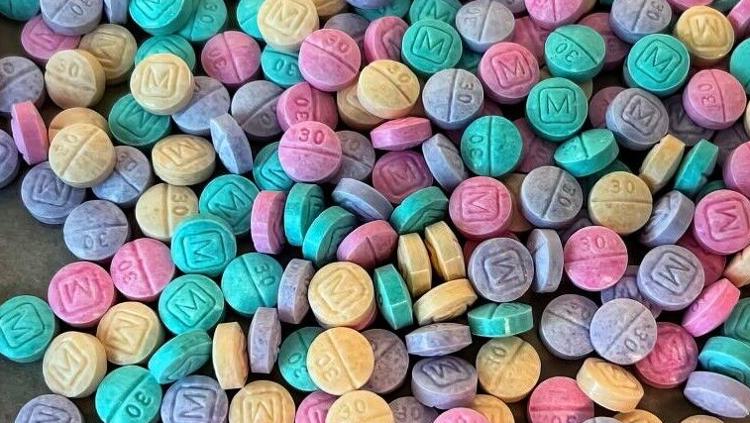 When people ask us in the Substance Abuse Prevention Field how young should we be talking to kids about Drug and Alcohol use? With the legalization of Marijuana and high potency THC being added to popular candy and treats that attract young children we said late elementary and early middle school. Now the age of serious conversations needs to start happening in 3rd grade now.

The Opioid Epidemic was bad enough before Fentanyl from China busted into the scene. DEA agents afraid that a child would ingest a pill laced with Fentanyl and would most surely meet deadly consequences started telling kids if your parents didn't give it to you don't touch it or put it in your mouth. That was when the drug was being masked as a prescription drug that most children would never see unless the were hospitalized for a serious injury or illness.

Now Idaho Law Enforcement are seeing this drug reach from the Southern boarder into Idaho. Canyon County Sheriff Kieran Donahue spoke to Fox News about rainbow fentanyl, which many believe is being used by drug cartels to target young children. Last month, authorities in Oregon said that they found several "grams of multi-colored, powdered fentanyl, often referred to as 'rainbow fentanyl.'" Customs and Border Patrol Port of Nogales Director Michael Humphries also recently posted a photo of a package of rainbow fentanyl that was seized by officials.

On August 30, the Drug Enforcement Administration (DEA) issued a warning about rainbow fentanyl and said, "This trend appears to be a new method used by drug cartels to sell highly addictive and potentially deadly fentanyl made to look like candy to children and young people."

The Multnomah County Sheriff's Office said in a press release on Wednesday that deputies with the Special Investigations Unit "found a new form of fentanyl that is considered to be more dangerous and potent than pressed pills."

During an investigation of an unidentified person's home, deputies discovered guns, cash and drugs, including "four grams of multi-colored, powdered fentanyl, often referred to as 'rainbow fentanyl,'" the sheriff's office said.

If we don't continue to stay up to date and continue to raise drug awareness, children and young adults will find this appealing and can get their hands on this and overdose, because they will not know how potent this fentanyl really is, because it does not take much at all to overdose on fentanyl