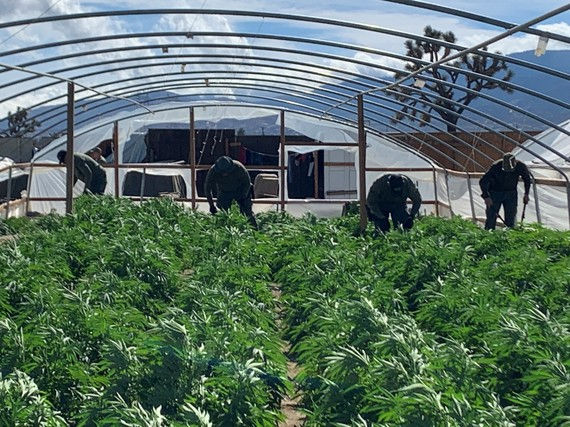 Legal Marijuana Does Not Stop The Black Market

As we have discussed before, the expansion of black market cartel grows in legalized states is one of the most obvious of the grim realities produced by foolish laws and policies. 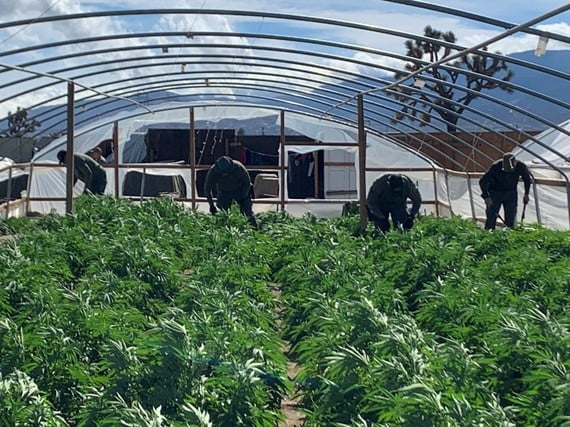 MET personnel had received numerous complaints about large outdoor and indoor marijuana cultivations in these areas. Over this past week, the San Bernardino County Sheriff's personnel arrested 32 suspects. Investigators seized 23,553 marijuana plants, 2,267 pounds of processed marijuana, 14 guns, and $43,400. Investigators eradicated a total of 123 greenhouses found at these locations.

The investigations revealed the cannabis cultivations were not in compliance with California’s Medical and Adult-Use Cannabis Regulation and Safety Act (MAUCRSA) and the County’s ordinance prohibiting commercial cannabis activity.

The Sheriff’s Gangs/Narcotics Division will continue to enforce California’s cannabis laws the County’s ordinance regarding cannabis cultivation and distribution. Persons found guilty of violating the state law and county ordinance are subject to fines, prosecution, and seizure of property.