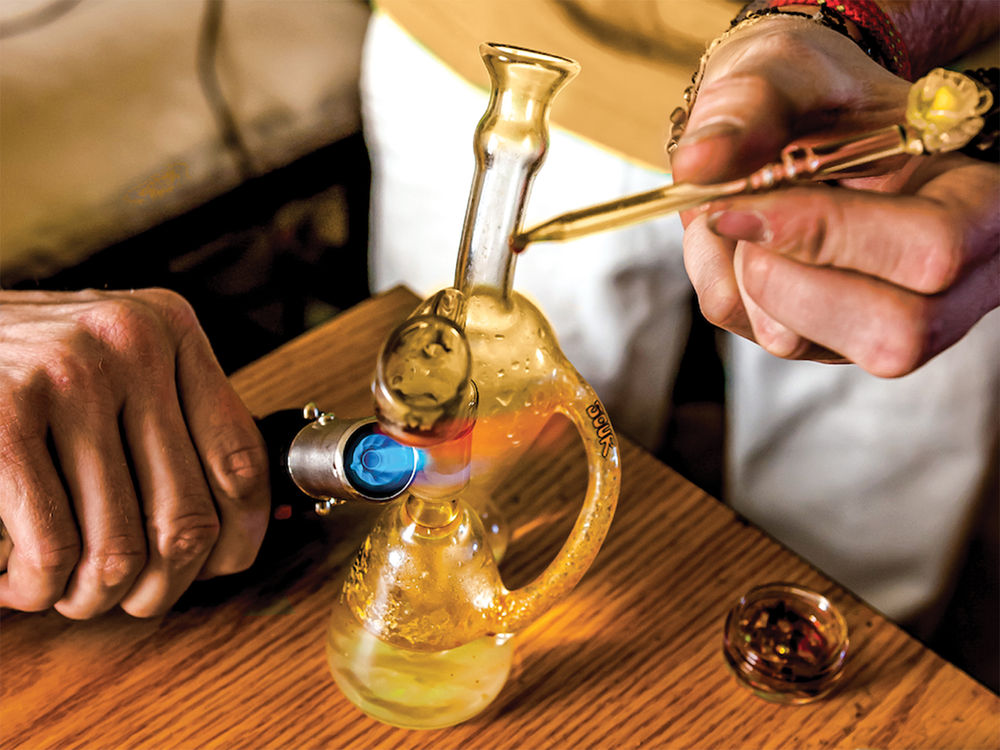 There’s no shortage of sensational, hide-the-children, marijuana-is-the-devil’s-lettuce stories on the internet. This is not one of those stories. Colorado is, after all, the cradle of recreational cannabis in this country, and by most accounts, the destruction of civilized society wreaked by commercialized medical and recreational pot was greatly exaggerated. Given the opportunity to comment, most Coloradans—roughly 71 percent, according to a 2020 survey—say legalization has been mostly or completely successful. However, that number leaves plenty of room for dissent, and in that remaining 29 percent lies a contingent that believes Centennial Staters were naive about what kinds of products would be lining dispensary shelves, what their health effects could be, and what might happen when kids got their hands on them.

For those who haven’t ventured inside one of the state’s 1,047 dispensaries—that’s probably most of us, since only about 19 percent of Colorado adults say they’ve used marijuana in the past 30 days—the diversity of merchandise might be surprising. Although shoppers in Colorado still overwhelmingly choose to smoke flower, the fuzzy green bud we’re all familiar with, there are dozens of other versions of cannabis that don’t look or perform anything like the four percent THC (tetrahydrocannabinol) grass you toked in college. There are things with names like shatter, budder, wax, crumble, and live rosin, all of which fall under the umbrella of cannabis concentrates and can contain more than 90 percent THC, pot’s primary psychoactive compound.

Cannabis concentrates are not new; some evidence suggests concentrates have been around in some form since the 1940s. What is relatively new is that commercialization, which started in Colorado in 2009 with medical dispensaries, has allowed the marijuana industry to safely produce concentrates in high-tech labs, perfect old-school iterations and invent new ones, and wrap them all up in slick, convenient, discreet packaging that’s often messaged as medicine.

Commercialization did something else, too: It allowed 18-, 19-, and 20-year-olds in Colorado to apply for medical marijuana red cards without caregiver supervision. And since 2012, people 21 and older have been able to walk into a recreational dispensary and walk out with 28 grams of flower or eight grams of concentrates in whatever strengths they desire every day.

So what’s the problem? The truth is that the human brain continues experiencing huge jumps in development up until the age of 25, and while cannabis of any sort can impact neural pathways, high concentrations of THC appear to be particularly damaging. “We started seeing the changes in 2009,” says Dr. Christian Thurstone, a child and addiction psychiatrist who has worked in Denver Health’s adolescent substance treatment program for 18 years. “We saw the use of edibles and dabs, the more potent products, start to go up. But kids’ perception of the harmfulness of cannabis has gone way down in more recent years. I don’t think it’s a coincidence that we’re seeing the cases we’re seeing now.”

Denver Health’s substance treatment program sees roughly 500 youths each year for substance abuse, and Thurstone says 95 percent of the referrals he gets are for marijuana, which, despite popular opinion, has been proven to be addictive. Concentrates, with their higher THC levels, may be even more so. But it’s not just the standard trappings of dependence that are worrisome to health care professionals; it’s also that they’re observing a correlation between cannabis concentrates and mental health issues, such as depression, suicidal ideation, psychosis, and schizophrenia, as well as disturbing physical conditions such as cannabinoid hyperemesis syndrome, characterized by severe vomiting.

It is, of course, illegal in Colorado for anyone under 21 without a red card to purchase or use cannabis. The reality is that according to data from the state’s 2019 Healthy Kids Colorado Survey, 20.6 percent of Centennial State high schoolers and 5.2 percent of middle schoolers say they have used marijuana in the past 30 days. Those numbers haven’t changed much over the years, but one critical statistic has: The same survey found that between 2015 and 2019, the percentage of high schoolers who had recently dabbed (translation: inhaled concentrated doses of vaporized cannabis) went from 5.7 percent to 10.2 percent.

“The scary thing about this,” says Dr. Christian Hopfer, an addiction psychiatrist at UCHealth’s Center for Dependency, Addiction, and Rehabilitation (CeDAR), “is that this is a relatively recent phenomenon. We don’t know much about how extremely high doses of THC affect people, children or adults. We’re seeing greater risks of psychotic disorders and serious effects to cognition in our kids, but we have no real understanding of what these concentrates do to the developing brain.” That is why so many different stakeholders—doctors, researchers, legislators, psychologists, school districts, advocacy groups, and parents—have been throwing up flares. Their question: Are you sure your kids aren’t dabbing?

Perhaps unsurprisingly, potential fixes to the conundrum of underage concentrate consumption often run afoul of the marijuana industry, put politicians in uncomfortable positions in a state where voters legalized cannabis, require effective policies by government agencies, panic patients who use medical pot responsibly, and necessitate a level of nuance that anyone with authority to make change rarely wields. In short, regular Coloradans may have to be the solution. With that in mind, we’ve put together an explainer for those who need to know exactly what’s out there, so they can protect the young people in their lives.

Next Article Family Dinners are Key to Healthy Youth